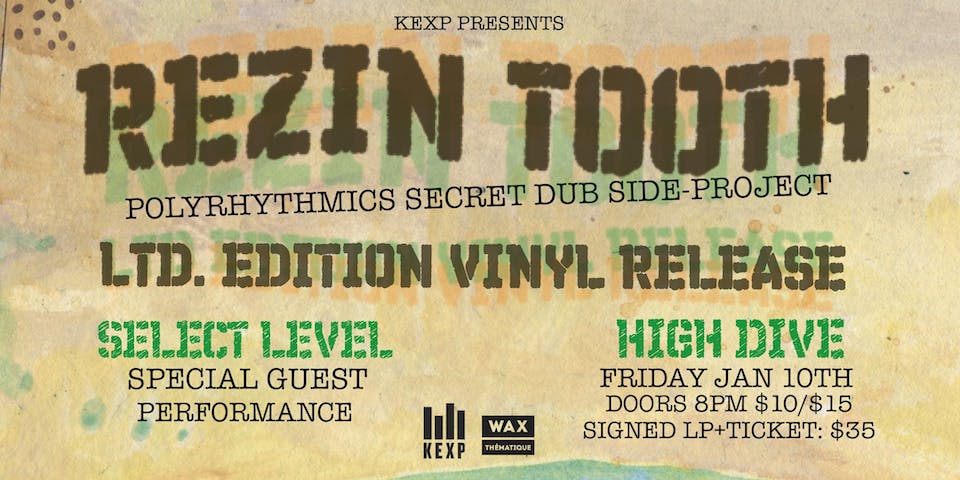 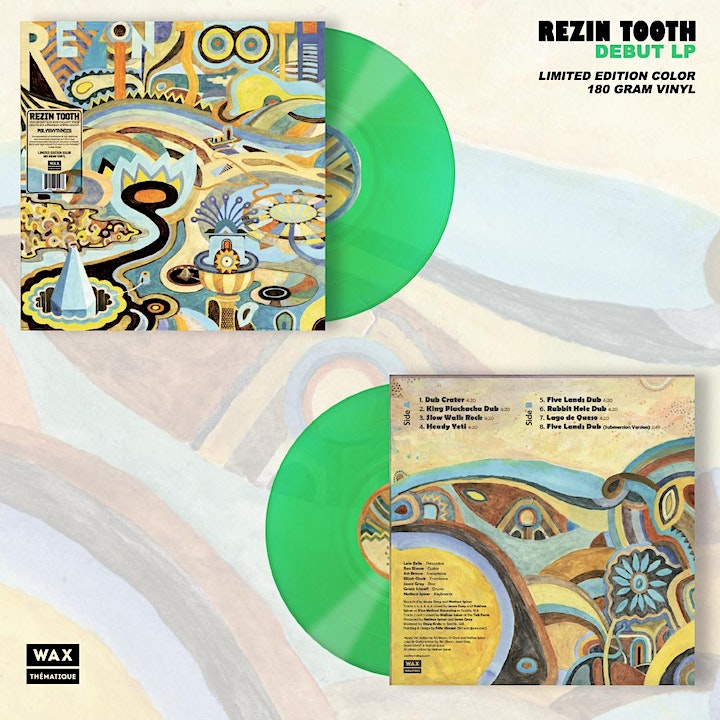 From the wizards mind of keys and synth man, Nathan Spicer his masterpiece dub experiment will finally see the light of day. He, along with the members of Seattle-based Afrobeat/Funk group, Polyrhythmics, render a profound dub album as majestic and dynamic as if the members each had simultaneously received this missive from on high. As soundsystem technicians & prophets who came before such as King Tubby, Lee “Scratch” Perry, Scientist, and Augustus Pablo, Rezin Tooth and engineer/bass player Jason Gray succeed in manifesting a sonic blueprint of this possible fourth dimensional realm where peace and enlightenment flow freely as the true currency of the universe. -Joel Ricci

Select Level is a musical vision of multi instrumentalist and producer Andy Sells. In the summer of 2012 he began to focus his energy writing songs with analog synthesizers, drum machines, bass ,vocals, and percussion. Inspired by dreams, and experiences of multi layered realities as well as a childhood fascination with funk, pop, post punk, and dance music that extends back to the 1980's, Andy is finally honoring his dreams to step out from behind the drum kit and realize his bigger vision. The live version of Select Level features Joel Cuplin on guitar, Doug Port on drums, Noel Brass Jr. on keys, and Sells on synths, bass, programming, vocals, and percussion. 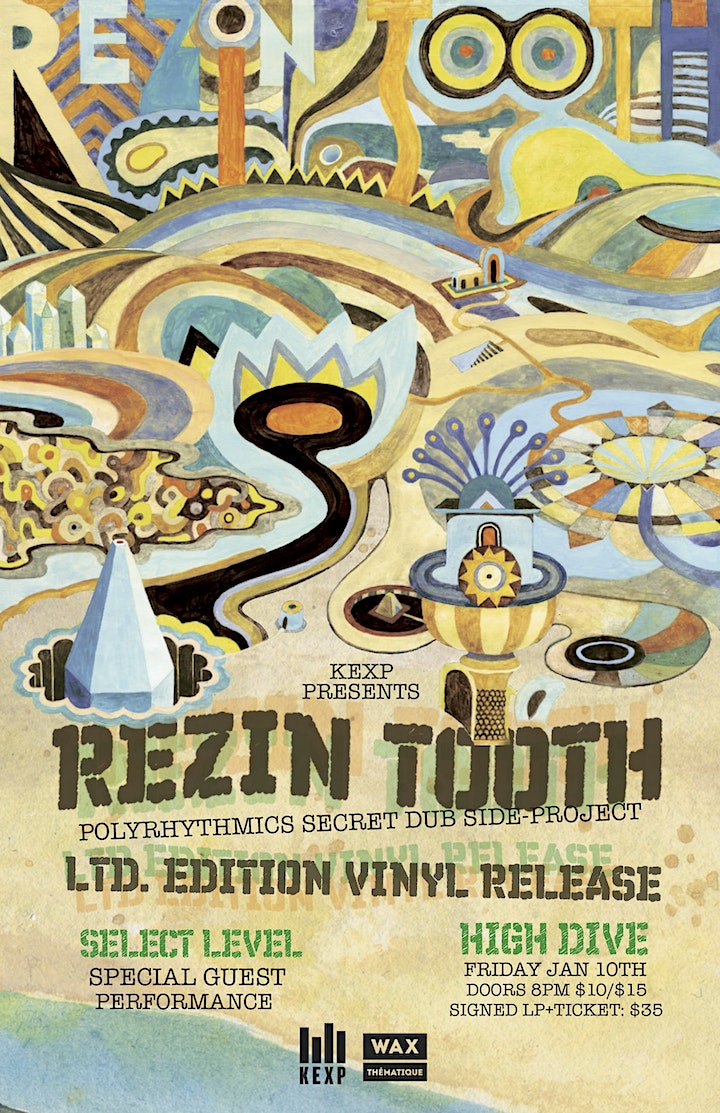